Speech under the national flag: whether the country is thriving or not, also have my youth

On July 13th, Xie Yurui, from Class 1903 of International High School, gave this week's inspiring speech under the national flag with the title of "If the country is thriving, there are also our youth" :

It was July 7, 1937. It was a fine day and the city of Wanping was quiet. No one knew that just to the southwest of the town, at Lugou Bridge, a plot was brewing that would change the course of Chinese history. The Japanese invaders shelled Wanping City, causing the Lugou Bridge Incident which shocked the whole world. The gunfire ignited the anti-japanese fire on the Chinese land, and under the banner of the anti-japanese national unification line in the first world war, the raging fire turned into strength, pushing China into a new period of national awakening. From then on, throughout the country, the Great Wall and beyond, the Chinese people braved the enemy's gunfire to fight for their country. No matter in front of the battlefield, or behind enemy lines, thousands of patriotic soldiers fought bloody battles, facing death; People from all walks of life rallied against the common enemy and rallied as one, playing a heroic song of victory, with their lives and blood to write a moving heaven and earth against foreign aggression of the magnificent epic. The sinking and rising, the war and the peace, are forever in the craters of Wanping City Wall. The belief of taking history as a mirror and self-reliance is forever in the hearts of generations of Chinese people. 83 years is not long enough for us to forget the pain of skin cutting. When the siren sounds again, the national spirit must not sink. Today, let us take history as a mirror and look into the future. Time through the devastation, witness the rebirth of the Chinese nation. The years of war and smoke have gone, and the humiliation and struggle of the War of Resistance Against Japanese Aggression have left us precious spiritual wealth, inspiring us to overcome difficulties and obstacles and work hard to be strong. However, at present, this is an era overwhelmed by floating dust. The impetuous wind is rampant, and national feelings have changed from necessities to luxuries. In this imperfect land of upheaval, there are those who forget history and laugh at what their forebears have achieved with their own flesh and blood. Some people abandon their responsibilities, boasting that the Buddha is a young man living to clear wine. Chasing its root, it is impetuous state of mind swallowed the bright star of the national ambition. If this stream of pollution continues to spread, the feelings of home and country will eventually become a bead left behind after the dissipated noisy dream, and no one will pick it up.

I hope you can remember something that has not been forgotten by us. In 1931, the Japanese invaded China and the three northeastern provinces fell. After 14 years, countless Chinese people built the Great Wall of steel with their flesh and blood to win the war. When the Chinese embassy in Yugoslavia was bombed in 1999, the whole country cried out that "there is a limit to what the Chinese people can tolerate", but it ended with a warning. In 2001, Wang Wei's last sentence was "I can't sail back, so you move on." Let us understand that only by strengthening our coastal defense can we have the courage to speak out. Our nation has always been walking in the wind and rain. Therefore, it will not be easily knocked down. Today, our relief supplies are being sent around the world, and our medical teams are flying to the epicenters of the epidemic. We have put aside hatred and hatred by writing the words "Together, we bear the wind and rain". Why is that? Because we understand that only by stepping out of the country and using the science of the West, can we return to the prosperity of the country and peace. Only by combining our national culture with the western open ideology and theory can we overcome the ignorance of burning books and burying scholars. Only by modestly learning western educational concepts can we get rid of the inflexible attitude of taking scholars from eight parts. Will be willing to waist sword, straight to cut loulan, the ideal of studying abroad should serve the country for this. We need to localize foreign technology and internationalize Chinese culture, which is the responsibility of our prospective students. To the heart of the country, not Jun Wang, also the main ups and downs. Faced with the task of changing history, we should start today. "The sound of the wind and the rain, the sound of reading, the sound in the ear; I care about family affairs and world affairs." Aspiring to learn, if we every day down-to-earth, diligent study and study, from reading a good book, learn a course, do a good job each homework began. Be humble and remind yourself to look down at your feet -- to see if your youth is worthy of this land lit up by stars!

Only with the courage of the blade to the innermost Zhang, forget the stubborn malady of the country; To promote the root cultivation of the feelings of the family and the nation with the power of the thunderbolt; With the ambition of "daring to change the sun and the moon into a new sky", we will place the responsibility of revitalizing China on our own shoulders. Only in this way can our country break through and sing thousands of miles! I hope the students in our country are strong enough to comfort the spirit of our ancestors. Thank you! 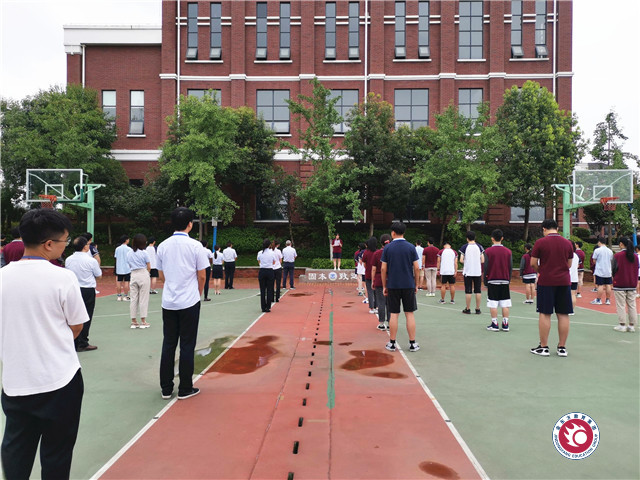